Growth of almost 6% across all city services 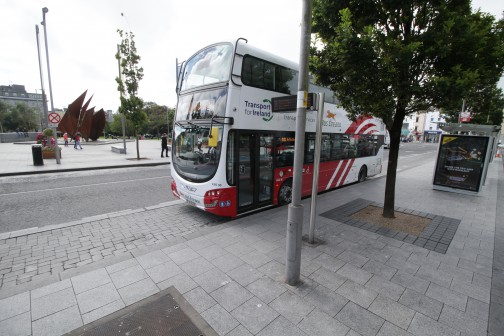 Passenger journeys on the Bus Éireann network in Galway city increased by 231,000 in the last 12 months, according to preliminary figures released today.

In Galway city, passenger journey numbers have grown by an impressive 50% since 2012.

Bus Éireann boosted its service offering to customers in Galway, Westmeath and Roscommon in 2016 with the introduction of new and additional services.

The company, which employs 360 staff in the West contributes in excess of €40m annually to the local economy. This includes payroll and procurement of goods and services.

During the year, the company made further revisions to our Galway city network of services and also added five new double-deck vehicles to further increase capacity along the routes.

Bus Éireann enhanced seven bus routes on the city network in 2016 and these include:

Expressway Route 51/X51 Galway-Shannon-Limerick-Cork-Limerick became a year round service in 2016, and there are now 10 daily non-stop departures – five in each direction – from Galway to Shannon Airport on this routes. These are in addition to the 14 daily multi-stop services to Shannon Airport already offered on Route 51.

Operation of the popular Route 350 from Galway to the Clare Coast was also extended from May to October this year.

Brian Connolly, Bus Éireann, Regional Manager, West said: “We have done a lot of work on our bus and coach services in 2016, and expect to do a lot more in 2017 to build on the strong level of services already in place for the travelling public. On behalf of the company, I would like to wish all of our customers a very happy and safe Christmas and New Year”.