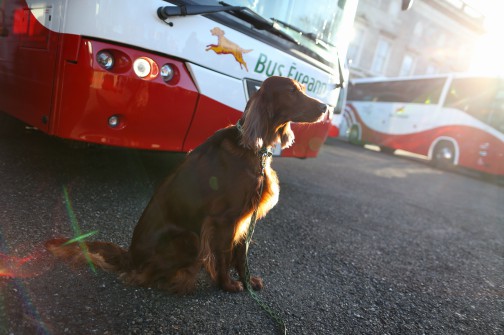 2019 was a milestone year for Bus Éireann, as it introduced a wide range of customer focused initiatives, which has contributed to over 88 million customer journeys in 2019, an increase of over 5 million compared to 2018. 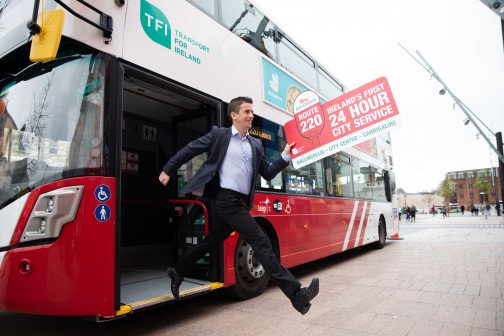 Customer journeys are expected to increase by over 15% this year on the Public Service Obligation (PSO) network with services being provided on over 200 routes nationwide. Earlier this month, the company signed a new 5-year direct award contact with the National Transport Authority (NTA), which will ensure an investment of over €800 million over the next 5 years.

Earlier this year, the company confirmed that it had regained financial stability after emerging from what was one of the most challenging periods in its 33-year history, with passenger numbers now at the highest they’ve been since 2008.

With the support of our staff nationwide, and the NTA, Bus Éireann introduced a range of new fleet and service improvements during 2019. In January, Bus Éireann introduced Ireland’s first 24-hour City service in Cork, serving Ballincollig, Cork and Carrigaline, passenger numbers have increased by over 70% since its introduction. This included 100 new vehicles across the nationwide PSO network. Earlier in the year, an enhanced town network in Drogheda was also introduced, which has seen a 136% increase in frequency between Drogheda, Laytown and Bettystown.

There has also been record breaking customer journeys on our Waterford city network in 2019 where demand has increased by 72%. This increase follows significant investment in routes and fleet while 25 new jobs have also been created.

A priority for the company is improving customer experience across all of it services and earlier this month a new ticketing software was introduced, which will lead to reduced boarding times and improved punctuality.

Every school day over 120,000 primary, post-primary and special needs school children are transported on almost 4,000 vehicles, across 7,000 routes, serving some 3,000 schools under the School Transport Scheme, which is operated on behalf of the Department of Education & Skills (DoES).

In 2020, Bus Éireann will start taking delivery of almost 100 new vehicles for its PSO network along with 50 new state-of-the-art Expressway vehicles. This investment will further assist Bus Éireann’s commitment to improving its carbon footprint, by continuing to invest in vehicles with the cleaner Euro VI engine emissions standard.

Chief Executive Stephen Kent said; “In 2019, we built on the critical foundations of customer focus and financial sustainability to deliver on the vision contained within our five year plan.  Exceptional passenger growth was delivered across our network of Public Service Obligation, Schools and Commercial services. With the support of the National Transport Authority, major investments were made in fleet, and the improved frequency and reliability provided in Cork, Limerick, Galway and Waterford are all generating the strongest public transport usage we have seen in over a decade. Over one third of our Expressway fleet will be renewed in 2020, testament to a stronger financial position.  Our management of services on behalf of the Department of Education & Skills (DoES) ensured 120,000 children were carried every day under the School Transport Scheme.  It is a tribute to our staff that we have been successful in implementing one of the most ambitious business transformation programmes ever undertaken by a State company. We are delighted that our passenger numbers are the strongest we have seen since 2008 and we look forward to continuing to maintain this momentum of growth by improving the fleet and our services in 2020 and beyond.”